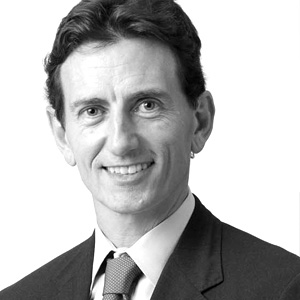 Mr Hungate is the President and Chief Executive Officer of SATS, with overall responsibility for leading the SATS Group. He is a Board Director and a member of the Board Executive Committee. Mr Hungate joined SATS as Executive Director in July 2013 and assumed his current role on 1 January 2014.

Prior to that, Mr Hungate was the Chief Executive Ofﬁcer of HSBC in Singapore for three years. As the most senior executive for the HSBC Group in Singapore, he was responsible for all of its activities, including subsidiary businesses such as private banking, insurance, futures, and asset management and trustee services. He joined HSBC in 2007 as Group Managing Director of Personal Financial Services and Marketing, based in London. With over 25 years of global leadership experience, Mr Hungate also served as the Managing Director, Asia Pacific for Reuters, based in Hong Kong, and Global Chief Marketing Officer for Reuters, based in New York.

For two years prior to July 2013, Mr Hungate served as an Independent Director for SATS. He was a member of two Board Committees, namely the Human Resources and Remuneration Committee, and the Nominating Committee.

Mr Hungate holds a Master’s degree in Engineering, Economics and Management from Oxford University and graduated as a Baker Scholar from the Master of Business Administration programme at Harvard Business School.

Contact us and we will get back to you soon

If you would like to join us, as an intern or full time, write to us.